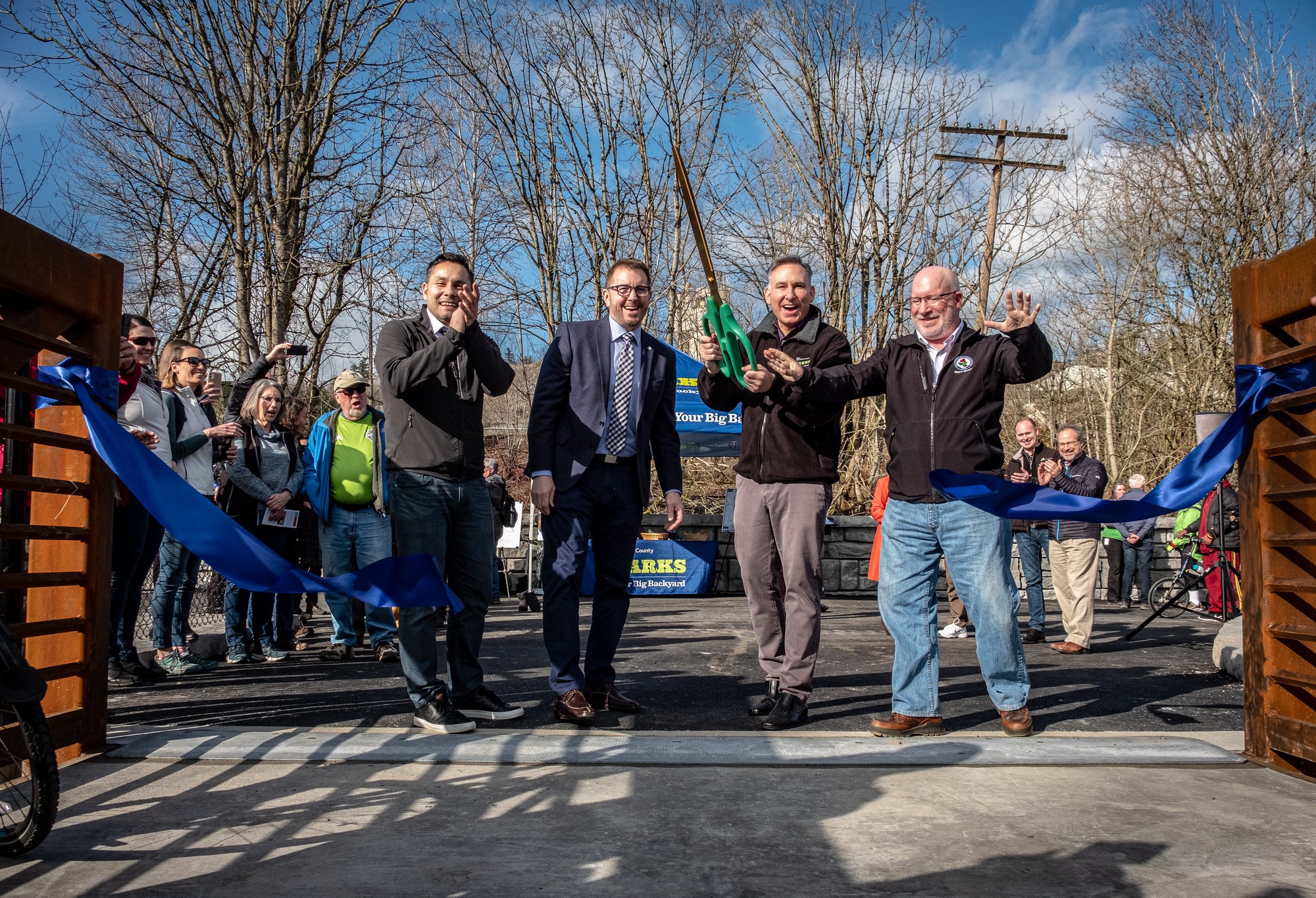 Wednesday, February 26, brought the addition of another 1.1 miles to the Lake to Sound Trail! Elected officials from Tukwila and Renton joined Executive Dow Constantine and King County Parks Director Warren Jimenez, along with numerous community groups and advocates, to officially open Segment A of the Lake to Sound Trail.

After the ribbon ceremony, Herons Forever led a tour of the heron rookery in the Black River Riparian Forest – one of the largest rookeries in the region – while others took the opportunity to walk the new trail segment.

The next portion of the trail under design is Segment C which will connect the east end of the Des Moines Creek Trail with the existing south end of Lake to Sound Segment B and is slated to be complete at the end of 2022.